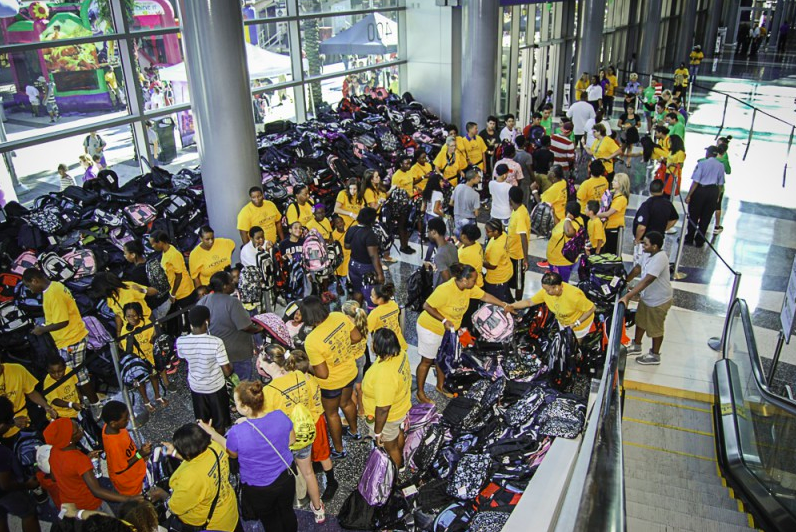 The Back 2 School Bash at a glance

According to statistical data, reports and school officials in Orange, Seminole and Osceola counties, an estimated 11,000 children are considered homeless. They move frequently – living in shelters, motels, and cars … even on the streets. Summer brings added instability to their lives. During these months, most have nowhere to go, nothing constructive to do and no access to resources like free/reduced lunch that helps them while school is in session. What was founded 14 years ago and has now become the back to school bash helps those children who would otherwise “be forgotten and fall through the cracks.”

THE ISSUE WE FACE

Many of our neighbors find it difficult to provide the basics needs that their families have such as clothing, transportation, meals, or a roof over their heads. For many families living paycheck-to-paycheck, becoming sick or losing a job can mean eviction or even foreclosure. Children are most often the unseen victims – particularly in the inner cities, outlying regions of Central Florida, which have high housing rates and some of the worst displacement rates in the country, ranking near the bottom (43rd out of the 50 states) in child homelessness. We serve areas where children play in the streets of the highest crime areas where pizza restaurants won’t dare to deliver.

Each year we take action to positively impact 10,000 of these children

We are always looking for volunteers who are committed and passionate about serving others. If you are interested in volunteering or becoming a sponsor, please contact us.

“You can easily judge the character of a man by how he treats those who can do nothing for him.”